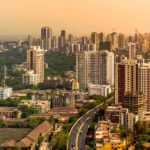 The residential homebuyers segment is changing dramatically as a result of the pandemic. Today, a home is more than just a place to live; it is also a place to work, learn, and play. Factors influencing homebuying decisions are changing, with attributes such as access to green space, flexible design, environmentally sustainable development, and so on becoming more important.

The three themes listed below have emerged across geographies in response to shifting homebuying imperatives.

Work from home, which was initially implemented in response to the pandemic’s restrictions, is now likely to become the way forward for many organisations. Companies such as Boeing, Uber, and Nielsen have announced plans to reduce their office footprint.

As the role of homes evolves, the factors considered when purchasing one have shifted. We are seeing a reversal in two key trends, particularly in India.

For starters, millennials who previously shied away from home ownership have now become vocal supporters of it. Prior to COVID, millennials made up roughly 49 percent of NoBroker buyers. The figure has now risen to 63 percent.

Second, the trend of house shrinkage is reversing. According to an industry report, the average apartment size in India’s top seven cities increased by 10% in 2020 compared to 2019.

According to a JLL survey, more than 90% of prospective homeowners in India’s top six tier 1 cities want a dedicated study/home office space as well as access to green outdoor space.

The shift in preferences is forcing developers to incorporate flexibility and livability into their design plans.

For example, Lennar Corporation, a developer based in the United States, has introduced the concept of ‘The Home Within a Home,’ which provides an independent suite within the house that can be used as a private office, studio, or gym.

Developers in India are planning high-end gyms, spa resorts, and reflexology pathways for homeowners to ensure their well-being.

Developers are increasingly embracing digital and investing in developing innovative methods of reaching consumers in response to changing market dynamics.

There was a significant drop in physical site visits as a result of the lockdowns imposed during the first half of 2020 and the second wave in 2021, resulting in limited transactions in the residential space. Traditional marketing methods have become ineffective, necessitating the establishment of a virtual presence and the adoption of tools that can assist developers in mapping the entire consumer journey digitally.

For example, VirtualApt, a tech company based in the United States, allows buyers to take a 360-degree video tour of not only the house but also its amenities and neighbourhood.

Digital tools are tangibly improving the virtual experience of consumers.

ALSO READ: The Best Apps To Look While Buying Property

Finally, homebuyers are increasingly demanding transparency in their real estate transactions and have demonstrated a preference for working with reputable developers with a track record.

The government has also undertaken policy initiatives to increase market transparency. Karnataka RERA, for example, has required developers to submit quarterly progress reports for all registered under-construction projects. This provides homebuyers with a crystal-clear picture.

The consumer now not only wants more amenities, but he or she is also more aware of market offerings. For that reason, developers must up their game when it comes to product offerings and marketing strategies.